Hi.
I wanted to make a thread here, not sure what its gonna be about yet, various dharma ponderings that I come across and find interesting

Usually I find Daizan Skinner to have alot of good stuff, just finished this video and he touches upon several interesting things. Like his knowledge of christianity and contemplative practices (which curriously many zen guys seem to have some connection too), and that he plan to do a zen course on the book “The Cloud of the Unknowing” which I dont think I have heard a buddhist teacher do before. I think its great though, and fits the post christian culture we are living in, to use whatever means to get in touch with our spiritual roots as its so ingrained in this culture, and its good to show the spiritual depth in this tradition not only the political and historical (mostly) nonsense, we associate with it.

Also mentioning in depth how he is doing 64 hours awakening retreats (solely for reaching awakening), and he claims to have an awakening is not really that hard - “easer than get your drivers lisence”- one woman woke up even though she thought she had ordered a spa weeken and had no interest or clue about meditation - still it worked. Really awesome 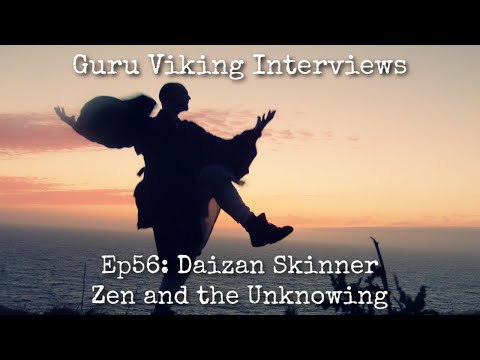 Woke up today after really special dream, and heart was filled with love for sentient beings. My mom used to tell me an my sister when some discussion about whatever"bad" person, say Hitler, went out of hand, that “everyone have equal value, no one is better or worse”. And this kind of equalness is what I have felt today, starting this weekened up till yesterday where something shiften. Like there is no difference in samsara about high or low, suffering is suffering, and everyone are equally suffering, this is an aspect of rigpa too, some Masters emphasise, I know Dudjom Lingpa use it in the text I am currently reading, but also Longchenpa is mentioning it all the time. Also today the “ordinaryness” of rigpa is just even more striking. Nothing special, still so good. May all beings be free.

Paradoxes in spirituality and Koans

I think paradoxes are one of the things that caught my attention when I was younger reg various spiritual texts, and why I always felt there was some truth there. From the bible, to Taoism, buddhism and hinduism, there would be these things they said that 1) was said with such confidence and authority that it freaked me out and 2) I had no clue what they meant, why?! Which yield the problem, either they are completely off, or they understand something that I don’t.
I have had some shifts and progress on my path, and its striking that some of these paradoxes suddenly are not very mysterious anymore, you understand the meaning from point of view of nature of mind rather than samsaric mind. Daizan Skinner actually says the same thing in the video above, that passages from the bible actually made sense all of a sudden after his stream entry.

So, I have had some interest in this. That some of the “itch” is gone, reg some spiritual riddles. Still, if I think of say the two truths, I get really itchy, I know from one point of view that this is a perfect mirror of reality because I trust the masters that puts this down, but my mind is not tuned that way/I still is caught up in ignorance, and so fight against it so to speak. The other day I came to think that, with this and koans (which to me seem to be the ones who took paradox phenomena into practice quite litterarily), really they are not saying something to “tip you off”, they are simply describing reality, and I am a samsaraic being, a living contradiction, thus my head spins when I read it, though its me not it, that is the problem.

So because this is interesting to me, I have started to observe my energy body, the “bhumis”, when confronted with the “riddles for the samsaric mind”… and its facinating to observe those energetic movements when the samsaric mind is proved to come to short once again. Its like for those who has done 2 part formula or are familiar with it, observe how the affirmation of “I” makes all these emotions and sensations happen in the body, like the contradictions is put on the spotlight and starts screaming like the mandrake plant in Harry Potter that is dragged up from its comfortable pot. Its painful for a short while, but we can truly see the whole of reality of it, and the screaming can come to an end.
Anyway, one of Hakuins poems for enjoyment:

Empty handed I carry the hoe
Walking on foot I ride the buffalo
passing over a bridge, I see;
The bridge flow, but not the water

Not my own pondering, and not done ponder it, but I think it is a lovely text. Its Dudjom Lingpas visions, and written down in the book “Buddhahood Without Meditation”. Thought I share it.

On one occasion when I encountered the glorious Vajrapāṇi in a pure vision of clear light, I asked him, “O Jina, great Vajradhara, is so-called buddhahood something I awaken to within myself, or do I need to go elsewhere to become enlightened?”

He replied, “Behold! [319] Fortunate son of the family, if you think that so-called buddhas are people who live in a vast realm, noble individuals of fine and flawless countenance, peaceful and cooling, clear and free of blemishes, handsome and attractive, consider: Who are their parents? If they were born from mothers, they would fall to the extreme of birth. If they dwell somewhere, they would fall to the extreme of having a permanent location. If they were to cease to exist, they would fall to the nihilistic extreme of disappearing. In short, nothing that has a self-sustaining, truly existent nature of arising, ceasing, and remaining has a mode of existence free of the two extremes. These appearances that seem to arise and cease are nothing more than imputations.

“Moreover, if you reify that which is authentically enlightened, you will bind yourself. If there is a real difference between the ultimate natures of saṃsāra and nirvāṇa, then references to the equal mode of existence of mundane existence and the peace [of nirvāṇa] are nothing more than empty words. Many people, clinging to nirvāṇa as substantially existent, fall into the trap of hope and fear.

There are many accounts of the enjoyments in the pure realms, but if you think of their vast qualities and reify them, that still constitutes grasping at the identities of phenomena. [320] However you name
them, in reality, viewing the tathāgatas as being eternal and truly existent is nothing more than viewing them as identities of persons. “If you think a buddha has eyes, he would also have visual consciousness. As soon as visual consciousness is established, the emergence of visual appearances is inevitable. They are known as the objects apprehended by the eyes. Once such objects are established, subtle conceptual states of mind that closely hold to forms inevitably arise. These are the mental states of visual apprehension. The dualistic conceptualization of the apprehender and the
apprehended is called mind, and anyone who has a mind is known as a sentient being.

“If you think a buddha has a pleasant environment, a beautiful form, fine companions, great enjoyments and pleasures, and no anger or attachment, and that these are the exceptional qualities of a buddha, then a buddha would be no better than a god of the form realm. So such a buddha would not be anything more than a sentient being either.

“In terms of the definitive meaning, your own ground, Samantabhadra, is called the sugatas of the three times. Ultimately, a buddha has never come into the world or taught Dharma. Many of the tantras, oral transmissions, and pith instructions clearly explain how the self-appearing teacher manifests to disciples themselves. Observe and realize this point.

“Furthermore, it is incorrect to think that there are other kinds of realms of saṃsāra that are established as existent, and that many sentient beings migrate from one of those places to another and successively experience joys and sorrows. If the appearance of your previous body [322] being discarded were true, whence would you obtain your body in the intermediate period? If sentient beings these days can die merely from wounds, from burns on their arms and legs, or from cold wind on a single winter’s day, then when a body is formed that experiences the heat and cold of hell realms, why doesn’t it die even though it has been boiled and burned for a long time?

“Likewise, if death can occur nowadays due to starvation for only a few months or even days, why don’t sentient beings in the preta realms perish due to being starved for eons? “Therefore, all sentient beings in the six states of existence, as well as those in the intermediate period, manifest merely like appearances in a dream; but apart from that, they are empty and are not established as real. They are
deluded due to obsessively grasping at the true existence of things that have no objective existence.

“If you determine the nature of delusive appearances in that way and realize them as not truly existent, as empty, and as having no objective existence, you have dredged saṃsāra from its depths. If you decisively understand that buddhas do not exist apart from your own ground and you acquire confidence within yourself, you will actually attain what is called the natural liberation of a multitude of buddhas.

“O Lord of Space, Omnipresent Vajra, determine that all the phenomena of saṃsāra and nirvāṇa are nonexistent and empty, and realize their nature of nonexistence.”
Saying this, he disappeared. [323]

So todays ponderings, while driking coffee the two truths are making sense. Wrote this:

All things are by nature empty, they are clear like illusions but still appearing.
They arise in dependens on all other things, and this is how it always has been and always will be.
Since it arise on what is already empty, there is no first cause, no eternalism.
Since it arise dependently, karma is very realy and there is no nihilism.
Since its all empty this is ultimately how things are, and since it arise dependently conventionally there is no straying from ultimate, not one inch but the same thing. And they are both true!
​​​​​​Since whatever thought arise is clear and empty, all separation from others are total illusions, and so kindness and compassion is natural expression of reality.
​​​​​​In a sense there is no path, since this has always been the case, deluded or not deluded. Though if one goes off, rejecting teachings thinks you can do it all on your own… youre a complete morron, dont reject teachings.

So to be clear, there is still lag in this realization, and I doubt this is flawless though I felt pretty certain when I wrote it. I had two days after this when awarness was like an ocean of purity, and then things went back somewhat. Now I am embarrased to say I cant really revisit this experience at least not with the power it had when I wrote it, so thats how it goes sometimes, getting excited, so just a reminder to myself and others how this stuff like this is temporary