Since I’ve started Dharma practice I’ve always been reading Dharma texts to get additional inspiration and fine-tuning instructions from the Mahasiddhas I’ve felt connected to. Of course, actual practice is much more important than reading but a certain amount of reading can very much enhance practice.

Besides the translated texts and instructions of the masters themselves, I’ve always looked into western academical treatises on these masters aswell. First, that was primarily because these treatises contain texts and passages from the Gurus which have not yet been translated to English.

But recently another reason struck me why I really dig these academic treatises. It’s the critical, sceptical and secular historical approach of western religious science. Western scholars don’t make much out of mystified and over-the-top hagiographic accounts of the teachers and the teachings. They are more interested in the hard facts and the historical development of the Dharma teachings.

So in these works, one gets a way more realistic and relatable account of the Mahasiddhas than from the traditional Tibetan biographies and Dharmic treatises. In those, the Mahasiddhas are always depicted as some kind of superhuman beings who just did everything perfectly with no mistakes. Came to he world as incarnations of some past masters, already pure and gifted and so on.

But if you look into the western academic works, you get a completely different picture. You actually see that all the masters also just tried to make sense of this. You see how they tried to connect their realisation of emptiness to the Dharma teachings before them. A purely academical endeveaur of them. Trying to find the best teachings for different students and make sense of their own enlightenment. And then you also read about the criticism they received and the struggles they went through as teaching buddhas.

Human beings like you and me living in this world trying to teach the Dharma to other people. Of course they were buddhas, having completely stable emptiness insight but this doesn’t make them less “ordinary” on their relative human existence.

I think this is really one of the strong points of the western scientific world view. Of course, the demystifying is often taken to the extreme of completely invalidating all religious practice and the spiritual path itself. Even the biggest strength can become toxic if taken too far.

Ugi, I just had the nicest talk with Ville about some of these things, met him in Tampere and ended up talking for hours. He said something along the lines that (and if Ville is reading this maybe he has the source?) before Padmasabhava came to Tibet, another “guy” mahasidda tried to spread the dharma there, but the conditions of the time and place was to wild (tibetans was all about warfare) and this guy wasnt like that, they needed someone like Guru Rinpoche to tame them, having a very rough appearance as well as skilled in siddhis he nailed it. Basically Villes point, and as I think I agree to at the moment, is that someone like the appearance as Lonchenpa or Vimalamitra might not have been as succesfull. On the other hand, Guru Rinpoche might not be the man to do what saint huggin Amma is doing… different masters suit different times and places, thats also why there are so many lineages. If not you could just have one and thats it, right? Everyone could follow same meditation, and there would be no need for lineages, schools, systems, views and so on.

Also can you recommend some sources on these western accounts? Maybe someone wants to check it out.

Also Dudjom Lingpa is a pretty intense figure, might been what was needed at the time. 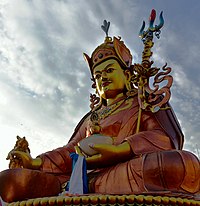 Padmasambhava ("Born from a Lotus"),[note 1] also known as Guru Rinpoche (Precious Guru) and the Lotus from Oḍḍiyāna, was an tantric Buddhist Vajra master from India who may have taught Vajrayana in Tibet (circa 8th - 9th centuries). According to some early Tibetan sources like the Testament of Ba, he came to Tibet in the 8th century and helped construct Samye Monastery, the first Buddhist monastery in Tibet. However, little is known about the actual historical figure other than hi Padmasambhava ...

Wikipedia is a good place to start reading

Thank you Ville, will look at Wikipedia

The article mention Śāntarakṣita, is that who you meant?

Also can you recommend some sources on these western accounts? Maybe someone wants to check it out.

I have only read a few bits of this book but it would be one really good example of such an academic work. 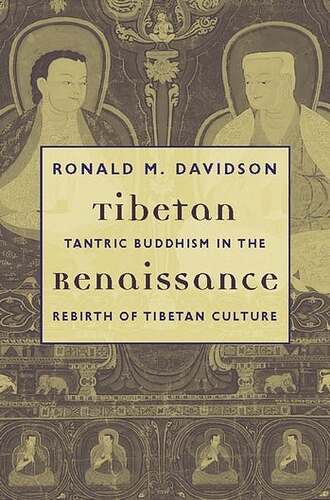 How did a society on the edge of collapse and dominated by wandering bands of armed men give way to a vibrant Buddhist culture, led by yogins and scholars? R... | CUP

Think Ville mentioned Robert Thurman having some podcasts on the topic too, again I am not sure